Gerard has worked as a registered nurse for 20 years.

He initially graduated as a Registered General Nurse in Berkshire, UK, where he worked as a General Staff Nurse, on an acute medical unit. He then undertook specialist training in Mental Health Nursing in the UK, and on returning to Ireland has worked as a staff nurse in various mental health services, including Galway city, Kildare/West Wicklow Mental Health Services and Ballinasloe.

From March 2012 to July 2012, Gerard worked on a change management project, at The Child and Adolescent Mental Health Service, Merlin Park Hospital, Galway.

Gerard’s teaching experience began in 2004, mainly at the School of Nursing, National University of Ireland, Galway at undergraduate and postgraduate level, but also at the Centre of Nurse Education, Portiuncula Hospital Ballinasloe and St Brigids Hospital, Ballinasloe. He has also delivered lectures/training to community groups and other HSE staff.

Gerard has been delivering training in Mental Health Awareness in the mid-west region for The Learning Curve Institute for the past 6 years. 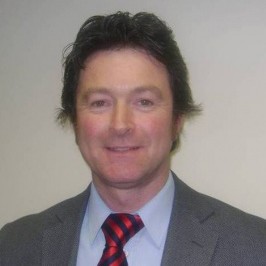